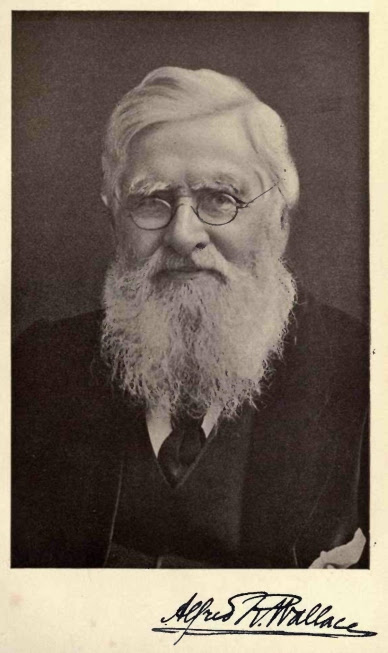 Section of Integrative Biology, University of Texas at Austin, 1 University Station C 0930, Austin, TX 78712-0253, USA Theoretical and empirical observations generally support Darwin's view that sexual dimorphism evolves due to sexual selection on, and deviation in, exaggerated male traits. Wallace presented a radical alternative, which is largely untested, that sexual dimorphism results from naturally selected deviation in protective female coloration. This leads to the prediction that deviation in female rather than male phenotype causes sexual dimorphism. Here I test Wallace's model of sexual dimorphism by tracing the evolutionary history of Batesian mimicry—an example of naturally selected protective coloration—on a molecular phylogeny of Papilio butterflies. I show that sexual dimorphism in Papilio is significantly correlated with both female-limited Batesian mimicry, where females are mimetic and males are non-mimetic, and with the deviation of female wing colour patterns from the ancestral patterns conserved in males. Thus, Wallace's model largely explains sexual dimorphism in Papilio. This finding, along with indirect support from recent studies on birds and lizards, suggests that Wallace's model may be more widely useful in explaining sexual dimorphism. These results also highlight the contribution of naturally selected female traits in driving phenotypic divergence between species, instead of merely facilitating the divergence in male sexual traits as described by Darwin's model.
Keywords
Batesian mimicry, polymorphism, female-limited mimicry, directional selection, stabilizing sexual selection, convergence
張貼者： 版主 於 下午2:06 1 則留言:

[Article]The role of eyespots as anti-predator mechanisms, principally demonstrated in the Lepidoptera

Eyespots are found in a variety of animals, in particular lepidopterans. The role of eyespots as antipredator mechanisms has been discussed since the 19th Century, with two main hypotheses invoked to explain their occurrence. The first is that large, centrally located eyespots intimidate predators by resembling the eyes of the predators' own enemies; the second, though not necessarily conflicting, hypothesis is that small, peripherally located eyespots function as markers to deflect the attacks of predators to non-vital regions of the body. A third possibility is also proposed; that eyespots intimidate predators merely because they are novel or rarely encountered salient features. These hypotheses are reviewed, with special reference given to avian predators, since these are likely to be the principal visually hunting predators of the lepidopterans considered. Also highlighted is the necessity to consider the potential influence of sexual selection on lepidopteran wing patterns, and the genetics and development of eyespot formation.